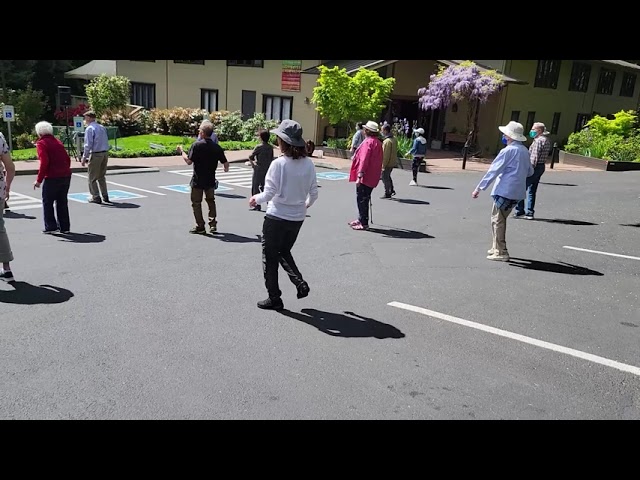 If you’re over 50, cast your mind back to 1968. What a year it was! Even the modest month of September. It began with the first-ever US Open tennis tournament. A couple of days later, Henry Kissinger called Republican Presidential candidate Richard Nixon to offer his services. Nixon, in the meantime, made headlines by being the first politician to appear on a TV comedy program: he looked into the Rowan & Martin’s Laugh-In camera and said, “Sock it to me!” Falling ever further behind in the polls, Democratic candidate Hubert Humphrey vowed that if he were elected, he would halt US bombing of North Vietnam.

The Beatles’ “Hey Jude”, released at the end of August, was topping the charts. CBS premiered two new television shows: 60 Minutes and Hawaii Five-O. But more people watched the brand-new Mayberry RFD. The Boeing 747, largest passenger aircraft in the world, was introduced with grand fanfare.​

On September 29, 1968, people gathered on a vacant lot on Island Crest Way and broke ground for the new Congregational Church. People had been meeting for several years, first just a few families, but by 1968, 160 people. There had been unflinching conversations about whether a church building was needed at all, and if so, why. Jim Gilliom, the pastor of the church, warned about the idolatry of Sunday worship.

“Sunday was a special day for Christians because of Jesus’ resurrection,” he said. “It is ironic that the day of his breaking out into the world has become primarily a day of retreat for his followers… Many congregations seem to be organized so much around a Sunday show that to be a Christian means to be a spectator (or performer) of religious rites rather than a participant in God’s mission in the world… A church overweight with sentimental fat instead of committed muscle will have a weak heart, a tired soul, a dull mind, and strength that is mostly a memory. Whether or not the church truly is the body of Christ depends upon its members.”

Let the challenge of those words sink in.

Groundbreaking is very symbolic. It is the first physical step to turn a vision into reality. Sink that shovel into the ground, give it a good stamp, feel the world change. You can see it on the faces of the people who assembled that day. Con Elnes blew his trumpet and the angels sprang to attention

We’re going to have a party on September 30th– mark your calendar! If you’ve got any 1960’s clothes in your closet, this is your chance. I have invited old friends of the congregation to come to celebrate with us. We’ll get out the photos and tell the stories. Then we’ll turn our eyes toward the future. The following Saturday, the Church Council will meet for a retreat, building on the momentum many of us are feeling and confirming priorities for the year ahead. Watch for their report.

So let it out and let it in, hey Jude…